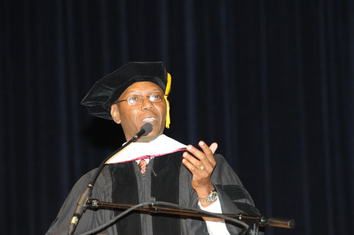 ﻿﻿It was an historic day on Saturday, May 9, 2009 when Ricardo Deveaux returned to his alma mater, Bethune-Cookman University to deliver the coveted 2009 Spring Commencement Address. Deveaux told more than 450 college graduates that despite the doom and gloom being predicted that the future is bright and the possibilities are endless, if they are willing to dream big dreams and work hard at achieving those dreams.

He urged the graduates during his commencement address to embrace their future because Bethune-Cookman and indeed the world are expecting great things from the Class of 2009. He noted that they were ending a chapter in their lives but more importantly about to begin a new chapter. The past that they were leaving meant a future that they are winning.

Deveaux, a 1990 honor graduate from Bethune-Cookman University, spoke to some 8,000 in the Daytona Beach Ocean Center. Deveaux recalled how in 1983 he was required to withdraw from his private academic institution due to failing grades and a public school in The Bahamas gave him a second chance and Bethune-Cookman afforded him the opportunity to prove that he was capable of achieving a college degree. In his address he highlighted the support of his parents – Edward & Beverly Deveaux and a high school guidance counselor – Zoie Miller-Powell, who never gave up on him.He also told the graduates that they had the power to make things happen in their lives.

He gave the example of at his graduation some 19 years prior envisioning himself returning to Bethune-Cookman one day to serve as a commencement speaker and note that this is “The Power of OUR Dreams”. He also noted that he felt honored to join the long list of distinguished citizens like Dr. Martin Luther King Jr. (1958), Sir Lynden Pindling (1978), Bill Cosby, Rev. Jeremiah Wright, Cicely Tyson, Dr. Ben Carson, Joseph Williams and Earl G. Graves, Sr. who had graced the podium to deliver commencement addresses at Bethune-Cookman.

Ricardo Deveaux was awarded an honorary doctorate of humane letters by the University. Ricardo was joined in Daytona Beach by his wife Pamela, daughter Richea, parents Edward & Beverly Deveaux, his high school guidance counselor Zoie Powell and about 50 family members and friends from The Bahamas and the United States. 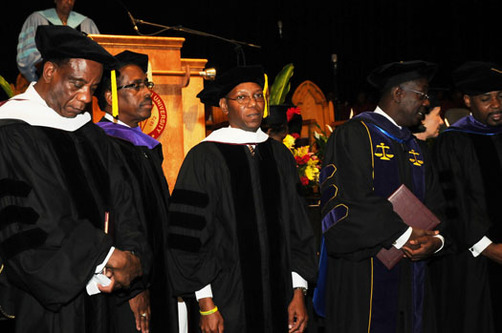 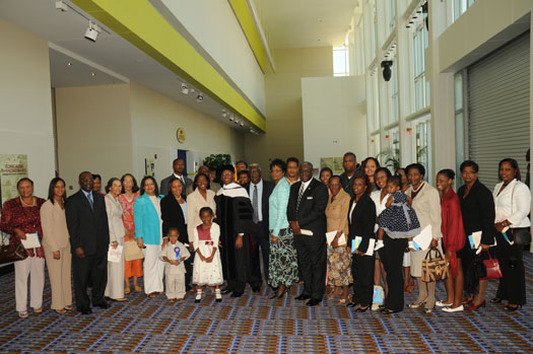