Some of the speaking assignments that I have accepted over the years.

Garvin Tynes Primary School – Teacher of the Year Prayer Breakfast Speaker – May 2008
Topic: “What is a Quality Teacher”

Bethune-Cookman University - Commencement Speaker - May 2009
Topic: “The Power of MY Dream”

All Saints Anglican Church - Back to School Speaker - September 2010
Topic: "What is God's purpose for your life?"

Peking University, Beijing, China - Closing Ceremony, The Seminar on Public Administration for The Caribbean and South-Pacific Region - July 2012
The Delegate of The Seminar
Closing Remarks

College of The Bahamas - Youth Leaders Conference
Guest Speaker - Opening Ceremony - April 2013
"The Leader in Me, Where would I be in 10 Years?"

Creative Vision Christian Academy
Back to School Assembly Speaker
September 3rd, 2018
"I am making a change this NEW school year" 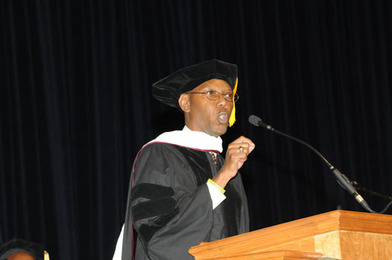 Giving The Remarks at The Closing Ceremony at The Seminar on Public Administration for The Caribbean and The South Pacific Islands at Peking University, Beijing, China - July 2012
Powered by